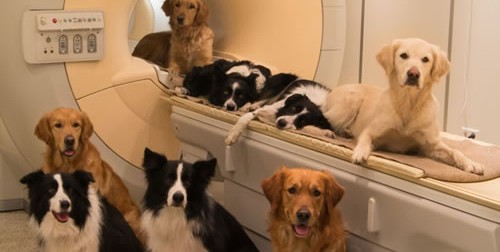 You’ll have greater success reaching the heart of your dog, if you always use positive emotions in your voice.

Brain scan studies in Golden Retrievers and Border Collies have shown remarkable similarities in the way humans and dogs responses to vocalizations.

Attila Andics, a researcher in the MTA-ELTE Comparative Ethology Research Group in Budapest reported this in the journal Current Biology:

“It turns out that both species [humans and dogs] have an area of the brain that is tuned to the “emotional valence” of a voice, meaning it responds more strongly to positive emotions than negative emotions. And for this region, it doesn’t matter whether the voice is human or canine; a burst of laughter is equivalent to a playful bark.”

The takeaway for dog lovers is to keep it positive.